New Thread
« Return to list
View:15 | reply:1 Will the devaluation of RMB get out of control and aggravate the vicious circle of economy?
Release Date：2020-10-27

On October 21, the exchange rate of RMB against the US dollar continued to rise, reaching a new high in more than two years both onshore and offshore. At the same time, the onshore RMB / USD exchange rate rose above mark 6.66, up nearly 200 points on the same day, currently floating around 6.66; offshore RMB rose above the 6.65 barrier against the US dollar, reaching 6.6472 at present.

Although the central bank lowered the foreign exchange risk reserve ratio of forward foreign exchange sales from 20% to 0 on October 12, in order to curb the speed and degree of RMB appreciation, it obviously failed to effectively prevent the RMB appreciation trend? The key point is that the United States implements zero interest rate policy, while Europe, Japan and other major currency countries implement negative interest rate policy. At the same time, China as the world's major economy, our interest rates are too high. 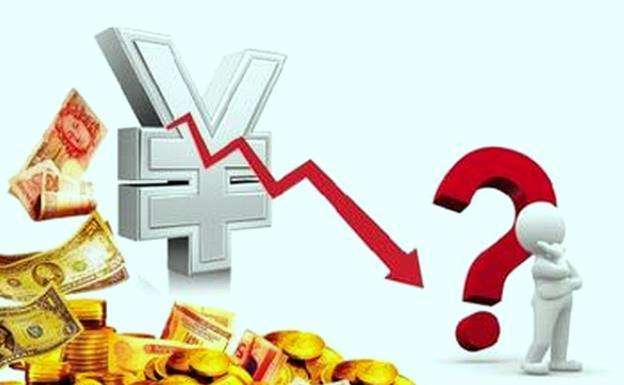 From the market point of view, China's high interest rate leads to a large number of "hot money" inflow, which in turn will push up the RMB exchange rate; constantly pushing up the currency value will inevitably lead to RMB overvaluation, and the accumulation of overvalued currency value from quantitative change to qualitative change will inevitably bring about the expectation of RMB devaluation at some time in the future; the greater the pressure of high appraisal and devaluation, the greater the pressure of devaluation, the more likely it will lead to financial crisis. In this process, historical lessons are extremely rich and profound.

From an economic point of view, high interest rates inhibit the growth of domestic demand, while high exchange rate inhibits the growth of external demand. Together, China's two major economic cycles, both inside and outside, will not be healthy; if there are problems in economic fundamentals, it will fundamentally bring pressure on RMB devaluation. At this time, if the "hot money" pushes up the currency valuation again, will the depreciation of RMB be out of control? Will it aggravate the vicious circle of the economy? Obviously, this is by no means the result we want.

We agree with the central bank's determination to "maintain positive interest rates", but we hope that monetary policy will not be constrained by the so-called "normalization requirements", and we are even more opposed to the "unchanging, mechanical dogmatic cognition of normal monetary policy". We must realize that in the context of global economic and monetary policy anomalies, adhering to the so-called "normal" of machinery and dogma will easily lead to "mismatch" between China's macroeconomic policies and actual economic demand. Once the "mismatch" occurs, China's economy will not only stagnate, but also lead to the serious overvaluation and inevitable devaluation of RMB.

In any case, the artistry of monetary policy is reflected in the balance of "degree", especially in the expectation management. In order to ensure that China's economy successfully constructs a "new development model with domestic large cycle as the main body and domestic and foreign double cycle promoting each other", monetary policy must bring good prospects to economic entities. Especially in the complex and changeable international and domestic economic environment, the key role of monetary policy in the expected impact is indispensable, especially the reverse force should not be exerted. In fact, developed economies have done their best in this regard.

Objectively speaking, China needs to further narrow the interest rate gap between RMB and US dollar. At present, the global "asset shortage" is the basic feature. China's economy is better than the world's major economies, and the relative interest rate is high enough to attract a lot of "hot money". Therefore, China's interest rates should be reduced to a level where "hot money" is not attractive. And we are still one of the few major economies in the world that maintain positive interest rates by moderately reducing interest rates, so we have the conditions to make monetary policy more flexible, rather than give up the advantages of flexibility and freedom, leading to self-restraint.